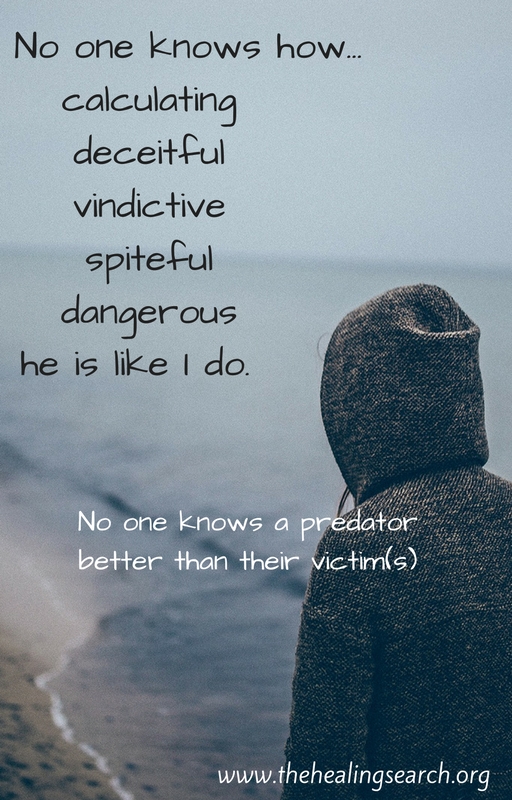 The anniversary date for when I went to court is coming up. It’s been 9 years since court, at the end of August in 2007 I finally was going to have my day in court. It only took 5 different DAs most of which didn’t want anything to do with my case, 5 years of waiting, and several trial date reschedules. Spending my own money (and some financial help from some family members) to find my abuser when a NATIONAL WARRANT was issued for his arrest…only to have it down-graded to at STATE WARRANT once I found him because the State didn’t want to spend the money to have him extradited back to Texas.

I’ve done pretty well the last few years in not letting the anniversary date affect me too much. This year is different for some reason. I have noticed lately that my mind keeps going to the court dates, things that happened during those 5 years of waiting to go to court, and even of the abuse itself. I’ve been having unpleasant dreams pretty much every night for the last few months.

I know it may sound absurd to many people, but I still fear him. Intellectually I know he isn’t stupid enough to come after me or my family. That just isn’t enough to erase years and years of ingrained fear. No one knows him like I know him:

No one knows how calculating he is like I do.

No one knows how deceitful he is like I do.

No one knows how vindictive he is like I do.

No one knows how spiteful he is like I do.

No one knows how dangerous he is like I do.

No one knows a predator better than their victim(s).

I have seen the depths of his evil, and fear that it goes deeper still. His parole ends in 2020 and it’s coming too fast for me. I’m not ready for it to end. Once his parole ends so does his order to have no contact with me or my family. Again, intellectually I know he’s not stupid enough to try to contact us in any way, but it still doesn’t undo years of ingrained fear. I fear for his next victim because I do not think he will stop. I fear for anyone who’s life he is in. He is a master of deception. I do not think I will ever feel safe from him. I’m not sure why this years anniversary date is having such a big effect on me, but it is.

I know self care right now is supposed to be the answer to help me better deal with how I’m feeling, however, it’s so much easier said than done. I don’t know why so many people talk about self care as though it’s a snap to do. Perhaps, after years of practice it gets easier until it’s one of the simplest things to do; I’m just not there yet. Even though no one knows what I’m struggling with, on the inside I still feel judged for my struggles.

As a Christian, I sometimes feel as though admitting to a struggle is like saying I don’t have faith enough to hand it all over to Christ, and to trust Him to take it from me. As though it is the easiest thing in the world to do, and if you can’t do that…well, then something is wrong with you.

What the Hell! If it were that simple mankind wouldn’t be in the state that it has been in since the fall of mankind. If it were that easy Adam and Eve never would have sinned to begin with. It all started with Eve having a struggle…wanting to have the same knowledge as God. Her struggle led to her sin. If handing over our struggles to God was the simplest thing in the world to do, then there would be no sin in the world to create the struggles we face. So, clearly, it’s not the easiest thing in the world to do.

<drop mic and walk of stage>

Oh, how it must be nice to be able to stick your head in the sand like an ostrich and just pretend another anniversary date isn’t flying by. Then again, with your head in the sand you won’t see that lion sneaking up behind you to bite you in the butt. That must be what’s happening: this year’s anniversary is that lion with a big ol’ chunk of my butt in his mouth. Perhaps I’ll have better luck next year.

Proud Wife, Stay-at-Home Mother of 3, a Christian (No, I'm not perfect. Yes, I make plenty of mistakes...that's why I need Christ in my life), abuse survivor, owner of an etsy store (Flairicity), and blogger. View all posts by Leah K.

This site uses Akismet to reduce spam. Learn how your comment data is processed.